After the discovery of America in 1492, the vessels employed for the oceanic voyages were not large enough for the huge activity engaged with America and the Philippines, so it was necessary to design and build a new kind of vessel with higher load capacity. The result was the Spanish Galleon: an armed trade boat with payloads ranging from 500 to 1,200 tons, several decks, and lengths between 40 to 60 meters (130 to 200 ft), which were designed to cross the Atlantic and Pacific oceans with the maximum efficiency. They carried up to 150 people aboard including officers, crew members, merchants, servants, families and other passengers, which were coexisting with the alive animals embarked, in scarcely 1,5 m² (16ft2) of habitable space for person.

They formed the Carrera de Indias (Fleet of Indies), a system of fleets that covered three routes between Spain, America and the Philippines: the Fleet of New Spain, the Mainland Fleet and the Manila Galleon. The American fleets were composed by 10 to 30 galleons, and on certain occasions the number could ascend to a total of 70 ships. They were sailing in convoy and were escorted by army ships to guarantee their defence and safety.

When travelling from Spain, the galleons were loaded with basic European products for the colonies such as wheat, olive oil, wine, cloths and fabrics, weapons, tools, and so on. On the other hand, however, when the galleons came back from America and the Philippines, they mainly brought back valuable American goods and exquisite products of the East: gold, silver, ivory, silk, precious gems, and so on, fabulous treasures desired by pirates and foreign nations.

Storms, hurricanes, leaks, shipwrecks, diseases and pirate attacks were their constant threats. The lives of the people who travelled were constantly at “three or four fingers’ distance from death, which is the thickness of a ship’s board”, and many of them found their grave in the sea. That was the high price that was paid for centuries of navigation on board the Spanish galleons.

America, Asia and Europe were able to communicate through the Spanish galleons and the system of fleets for three centuries, covering the world’s great oceans along the longest route in the History of navigation, both in extension and duration. The galleons brought the “two halves of the Earth” together and helped them get to know each other, carrying goods, people, cultures, ideas and aesthetics from both continents in their holds. They were the main actors in this historical landmark that was the beginning of the relationship between two cultures. 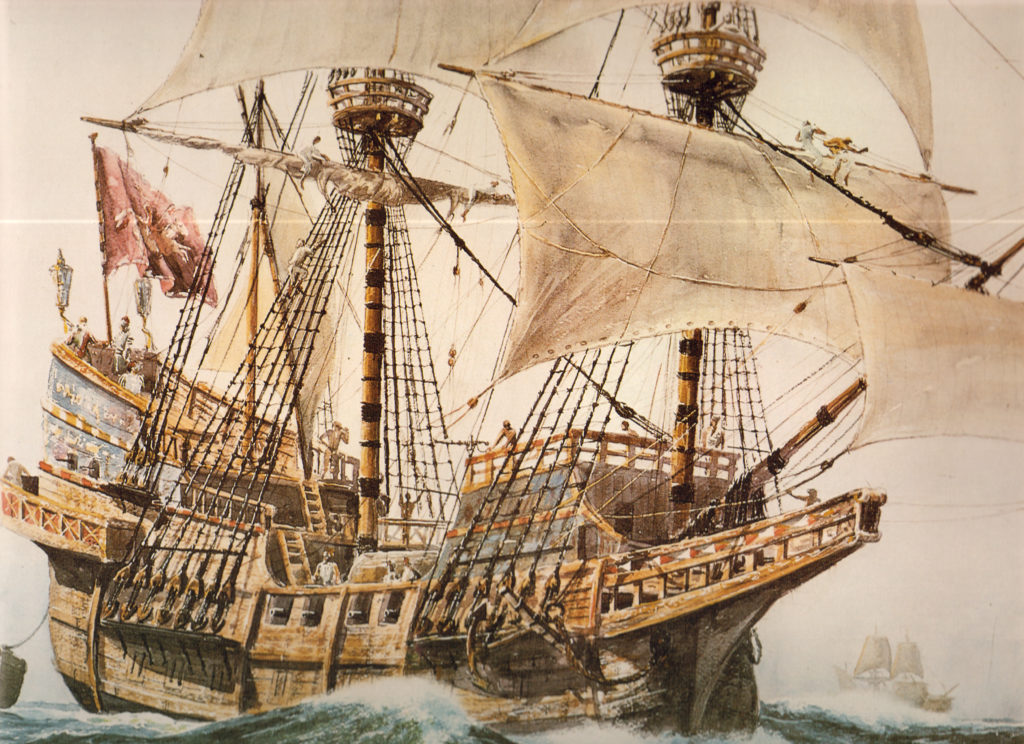