The first step of the construction process was a historical research project on the shape, dimensions and details of the galleon, in order to create a replica that was as close to the original as possible. Guadalupe Fernández Morente and Ignacio Fernández Vidal, historian and naval engineer respectively, carried out the research, and spent years analyzing the existing historical sources about the galleons. The process involved locating and interpreting documents which contained information about the ships’ structure, equipment, freight, dimensions, shapes and measurements, construction methods, materials, masts, sails, etc…

To that end, they visited the main historical and naval archives in Spain, in order to find written and iconographic sources from the 16th to the 18th centuries, when the galleon became the Spanish Fleet of the Indies’ flagship. Naval engineering and carpentry treaties became a great asset in the investigation, for they offer some very valuable detailed descriptions of the galleons, their rigging and equipment.

Among the sources that were consulted, some stand out: the documentation from the Archivo General de Indias, the Ordenanzas para las Armadas del mar Océano y Flotas de Indias (Ordinances for the Fleets of the Ocean Sea and the Fleet of the Indies) from 1607, 1613 and 1618 and the Models found in the Naval Museum in Madrid, a series of scale models made in the 17th and 18th centuries to use alongside the blueprints in the construction of a ship. Among the drawings, prints, engravings and woodcuts that were used in the research, the most useful one was the Diccionario demostrativo con la configuración y anatomía de toda la arquitectura naval moderna (Demonstrative Dictionary with the Configuration and Anatomy of all of the Modern Naval Architecture), known as the Album, written by the Marquis of the Victoria between 1719 and 1756, which contains 126 prints of big dimensions with the most meticulous representation of every detail of the ships of the time. 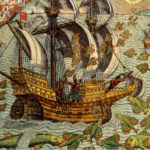 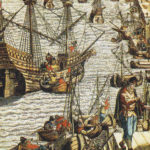 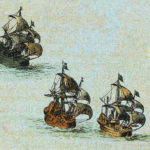