This is a replica of the ship which first sailed around the World, enduring the greatest maritime feat of all times. The original Nao Victoria, commanded by Juan Sebastian Elcano, left Seville in 1519 and returned to the same city in 1522, after circumnavigating the globe for the first time in History.

This replica was built in Spain in 1991. Previously, a long process of historical research was carried out, directed by Ignacio Fernández Vial, the ship’s designer and builder, to design the shape of the ship and define its characteristics. An exhaustive study, based on documentary sources, chronicles, nautical treaties from the 16th century and iconography of the era, allowed to accurately reproducing the original ship’s main dimensions, spars, sails, and equipment.

In order to commemorate the first sailing around the world and to disseminate the labour of Spanish discoverers, this replica of the Nao Victoria started in 2004 another trip around the globe starting from Seville. Up to 26,894 miles were covered during 2004 to 2006 visiting 17 countries. The replica of the Nao Victoria was the first historical replica to circumnavigate the Earth.

Since 2007 the Nao Victoria Foundation has managed this replica, carrying out its own projects all over the world and participating in powerful national and international events.

Ambassador of the First World Tour, symbol of Spanish maritime history, floating museum and training ship, in the last ten years, the Nao Victoria has thousands of miles sailed, has visited the main ports throughout Spain, Europe and the USA. ., and has more than 6 million visitors worldwide. 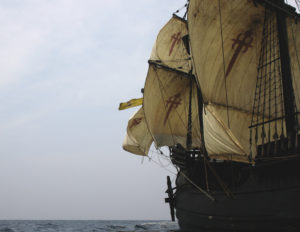 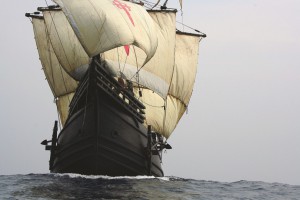 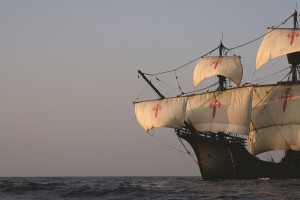 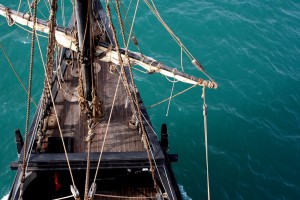