The construction of “El Galeon”

Once the historical research had produced the expected data, the construction process could begin. A completely original and innovative technique was used in the making of the galleon: the hull and the decks were made using a new construction system with fibreglass and later, the whole structure, including the decks and the hull, was lined with wood. It was the first time this method was applied to ships of more than 500 ton meant for oceanic sailing.

The entire ship, except for the underwater body, was lined with wood boards and big pieces of wood of three different types: iroko wood, pine and beech. The masts were made of laminated pine wood, and the pulley blocks were made of oak and iroko wood.

After three years of research, six months developing the constructive project and sixteen months of construction of the replica, with the participation of 126 workers (carpenters, ingineers, historians, and so on), the galleon sailed off on the 30th of November 2009 from Punta Umbría (Huelva), where thousands of people had gathered, excited to see the launching.

The fitting of the masts was finished and the more than 900 sq. m. of sails – one lateen and six square sails – were fastened. Once the winches were placed, the anchors were fastened to their davits, and the helm, compass, bell, stern light and belaying pins were put in their respective places, the galleon was finally ready to set sail on February 2011.

10 cast iron cannons on each side with iroko wood undercarriage 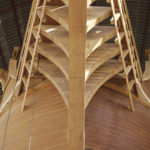 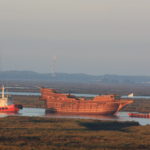 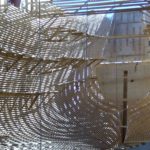 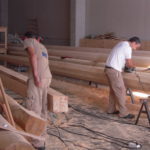 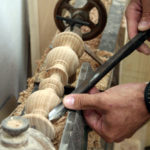 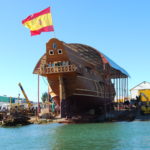 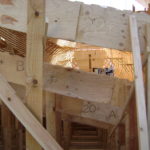 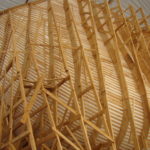 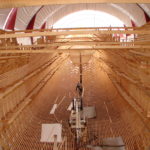 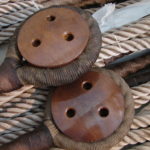 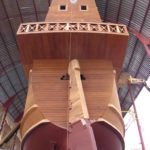 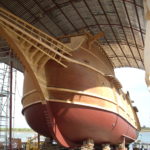 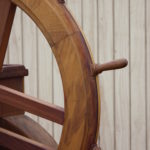 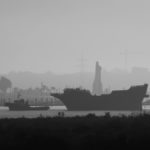 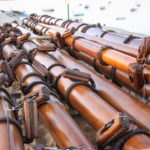 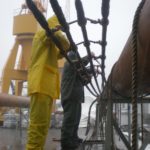 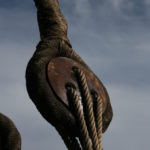 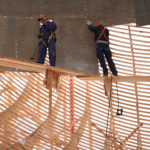 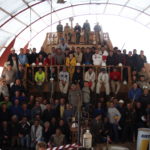 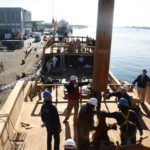 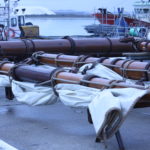 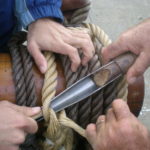 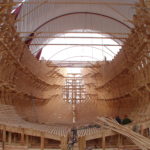