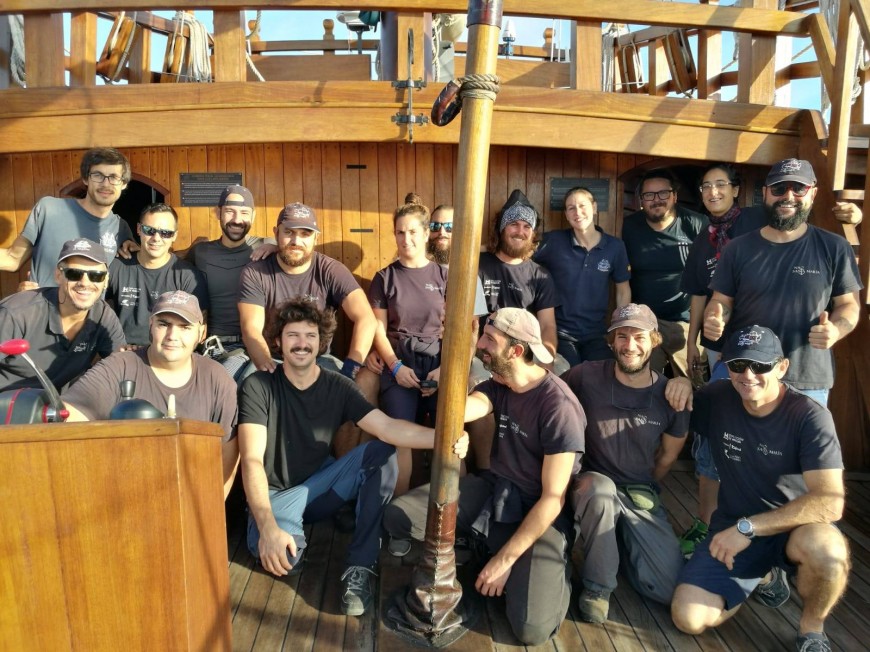 The Santa María is heading to America

Last Monday, at 09.50h. In the morning, Nao Santa María, 525, tied moorings from the port of San Sebastián de La Gomera, bound for America. He put forward the great crossing of the Atlantic. A crossing cherished by the 17 men and women who make up its crew, captained by Manuel Murube, a sailor with thousands of miles navigated around the world piloting historic ships. During the 20 days in which this great 3,500-mile navigation is estimated, sailors have only a daily satellite communication in which they receive the weather forecasts and they report the news and the reports that one of their crew sends each day.

It is the replica of the famous Nao Santa recently built by the Nao Victoria Foundation in collaboration with the Provincial Council of Huelva and the Cajasol Foundation, within the framework of the 525th Anniversary of the Encounter between Two Worlds A faithful and beautiful life-size replica of 200 tons, 29 m. of length and 8 m. of manga, four sticks, five candles and five decks, built in Huelva province, with the exquisite work of iroko and pine wood from our riparian master carpenters.

A ship that sails around the world as a floating museum of its own history and the maritime heritage of the province of Huelva. This past year and since its launch, it has toured ports in the Mediterranean of Spain and France, such as Setè, Port Vendres and Cape D’Age, and the Canary Islands, receiving thousands of visits on board.

After crossing the Atlantic, its first port of destination is San Juan de Puerto Rico, where you will spend the Christmas holidays. From there, and after making stops in some ports in Latin America, will sail to the United States, where he will make a great tour of the main ports of Florida and the east coast, to reach the Great Lakes and Canada.