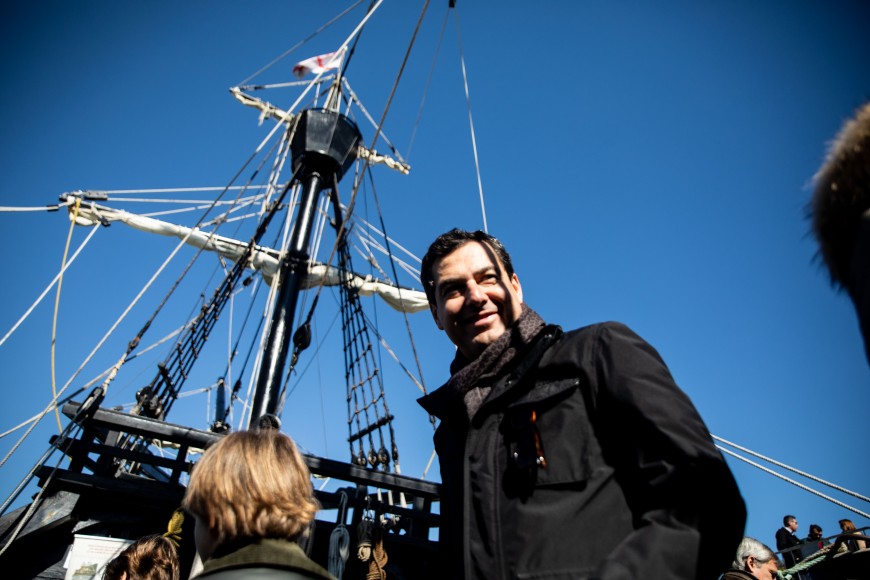 She will start a big international tour around mediterranean sea visitng France, Italy and Spain like an embassador of the firs sailing around the world.

The replica of the Nao Victoria moored last night of the port of Seville, after a successful stay in the city in which thousands of visitors have seen the First World Tour that almost 500 years ago starred in this famous ship.

The ship arrived at the Muelle de las Delicias on December 26, to celebrate the beginning of the Magellan Year and Elcano, the great commemoration of the V Centennial. During the six weeks that it has remained in the city, almost ten thousand visitors have been brought on board, and a special program has been developed aimed at the educational centers of which nearly 3,500 students from Seville and its province have participated, as well as a dozen of groups at risk of social exclusion of various entities. All of them have been able to know, going through their decks,
how was this ship, its extraordinary history and the living conditions of the crew that five centuries ago managed to surround the planet for the first time.

Before leaving Seville, last Sunday, he was visited by the President of the Junta de Andalucía, Juanma Moreno, along with the Minister of Finance, Industry and Energy, Alberto García, who on board the ship expressed his
desire that “Andalusia commemorate as it deserves the historic milestone of the first circumnavigation of the earth in its 500th anniversary”.

Seville has been the port of departure of the great international tour that the Nao Victoria will carry out during this year 2019, stopping at various ports of the Spanish Mediterranean, Italy and France, to continue spreading the great commemoration of the V Centennial of the First Vuelta, the greatest maritime feat in history, of which she is an ambassador and an indisputable symbol.