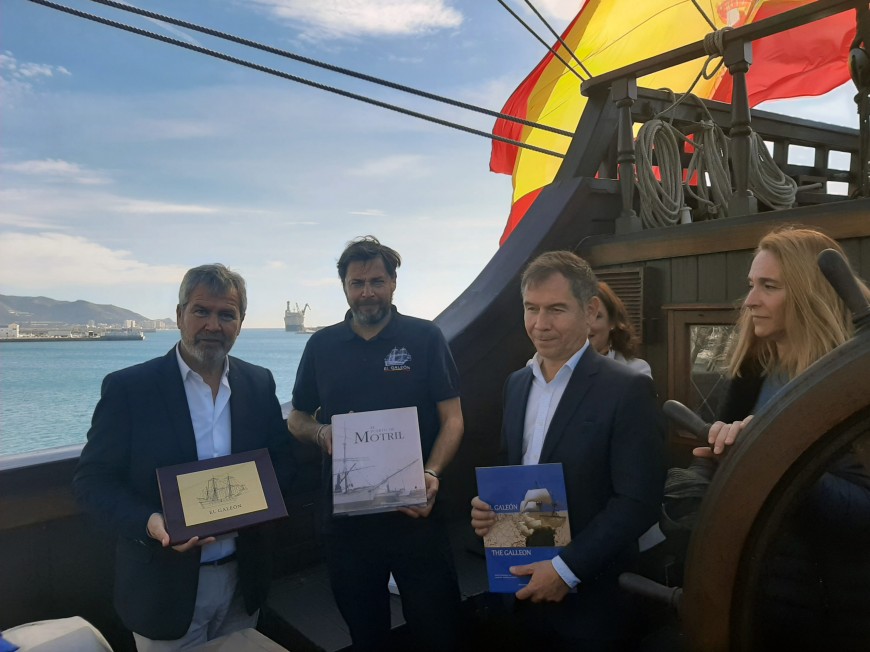 The Galleon Andalusia begins the 2020 tour in Motril

The Spanish ship replica of the merchant ships that united Europe with Asia and America for centuries, has just docked at Motril, where it will be open to the public until next day 2, thus kicking off a 2020 season that begins to unveil some Destinations, since after the port of Granada, the ship will bow to El Ejido, to dock at the port Almerimar to leave, once made a stop to open its decks to the public, towards the island of Mallorca and visit the capital, Palma.

Last Thursday, the presentation ceremony aboard the ship managed by the Nao Victoria Foundation took place, attended by Don José García Fuentes, President of the Port Authority of Motril, the Deputy Mayor and Councilor for Tourism, José Lemos Perea , who accompanied by the director of the Pedro Giménez project, visited the different decks of the ship, discovering what life was like on board this type of ships 500 years ago.