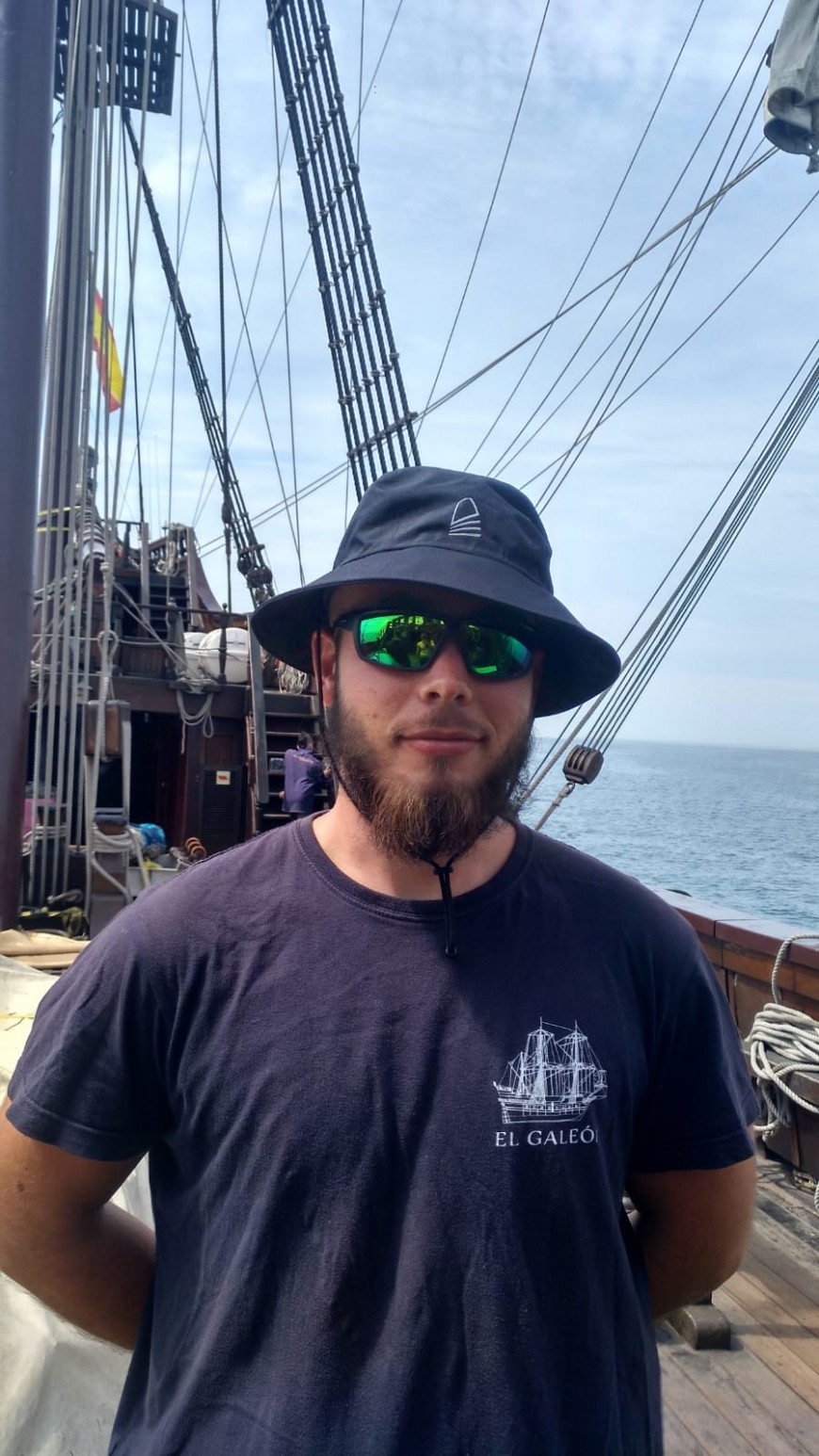 After a brief stay at the Grau for the Escala a Castellón festival, which I took to go home and be with the family, let loose we begin what for many will be the longest navigation until the moment.

In each new navigation, our watches groups changes, as well as our functions. In this time I’m in the captain’s watch, from 8 to 12
am and 8 to 12 pm, being in charge, among others, of preparing food and letting the kitchen set after the dinner.

The first day we had a relaxed navigation, being able to enjoy the sun and the good weather. At the height of Cartagena the wind was in our favor and we allowed to open candles.

A very key moment was to be able to observe the highest  mountain of the Iberian Peninsula from the sea, the Mulhacen.

On the morning of the third day we performed a man-to-water exercise and some hours later crossing the Strait of Gibraltar we received a relay from man to the water that reminds us of the constant danger of the seas.

See how the sun hides every afternoon and shortly after, to be able to contemplate the sky full of stars.

After taking refuge in Coruña for 3 days, we return to the ocean heading north, from the first moment until after two days we are accompanied by a sea of violent background that makes the routine of becoming guard and sleep.

After the storm always comes calm, and once crossed the Gulf of Vizcaya we return to the normal life of the ship, reading, playing cards and
socializing with classmates With the passage of the nights we deepened our knowledge of astronomy, and so on clear nights we can follow the course guiding us thanks to the stars.