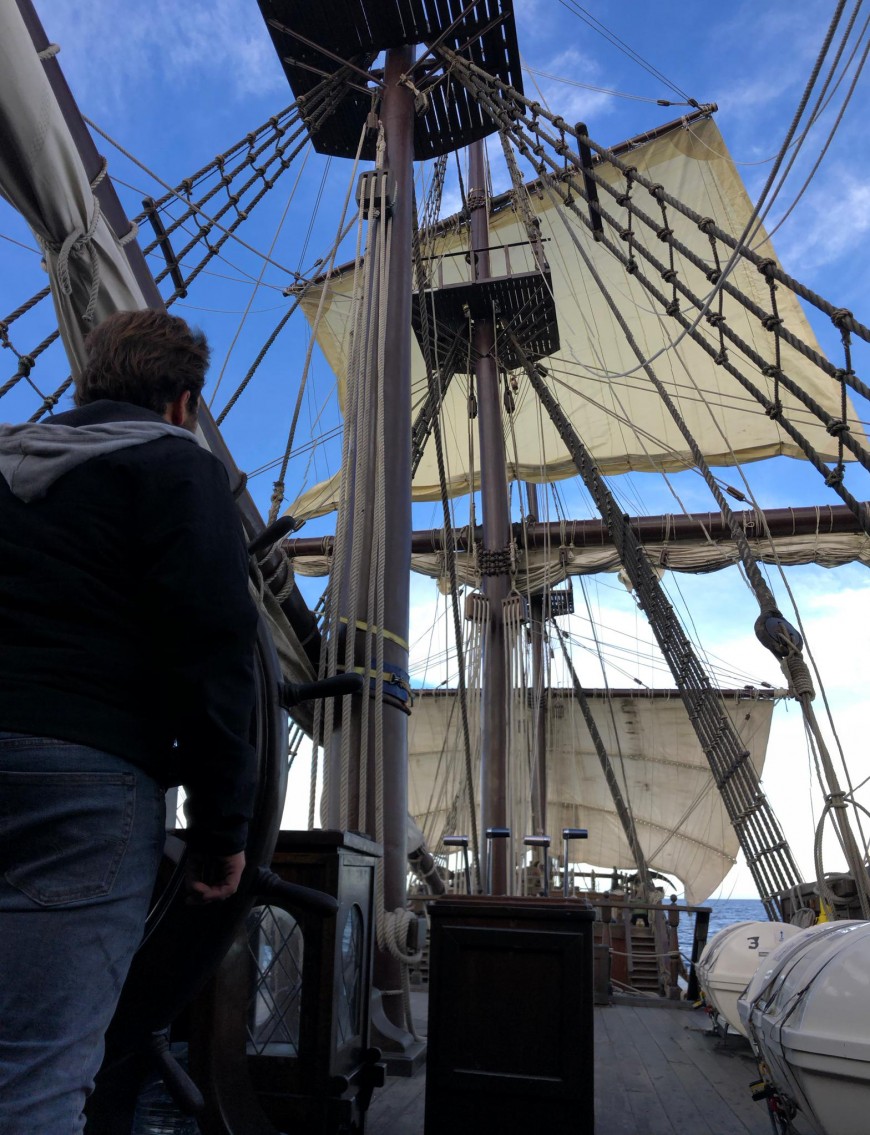 When they tell you that you are going to embark on the Andalusian Galleon, you are not aware of what you are going to live until you put one foot on the deck. Both the warmth of his crew when you arrive, and his majesty make during the first hours you don’t want to take off from him.

For a newly titled sailor who comes from a very different field, such a shipment means a very special connection with the sea, the history of navigation that this country carries behind it, and with the guild
sailor in general. You arrive at the port of Torrevieja, you settle a little, and from the first moment you are already learning: ratchet, amantillos, bowsprit or belts are words that you hear for the first time and that you record progressively in your mind. And suddenly you see yourself on your first day, explaining to visitors how a winch works or by What speed is measured in knots.

Because of the bad weather, we have to stay an extra week in the same port. For a newcomer (we have embarked about 7 new people in Torrevieja) means postponing your first navigation, but also an opportunity to continue learning as much as possible before sailing.

On Monday after lunch we get down to work and let go. During the first minutes everything It happens very fast, you see many people doing everything and you without knowing very well what to do, until the captain puts to test our knowledge of cabullería and rigging and we make maneuver to lower cocks. Heading to Adra, The guards begin and we prepare to make ours, with the first officer and his good vibes. The sun says goodbye in the form of a spectacular sunset, but we follow ours, with our guard. Once
finished, the following arrive, the Galleon Andalusia never rests.

Around ten in the morning We begin preparations to reach port, which happens two hours later. You arrive with a feeling of Have done something you wanted to do a long time ago, but you haven’t realized until you’ve arrived. It is like If you make a trip in which you are not wishing your destination will arrive.