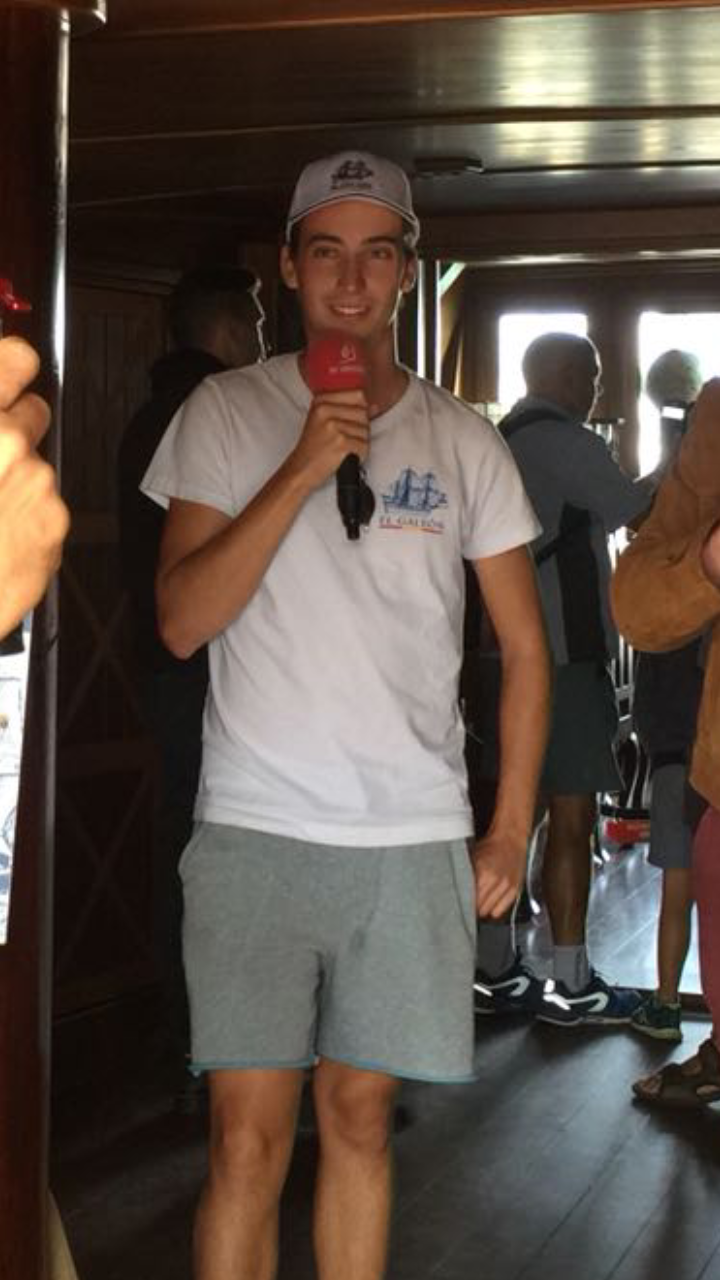 Sunday August 19, it was time to collect the entire museum and start preparing the boat for
the navigation, that meant to throw the cock of the major and the ratchet. Each time the crew
we know each other better and perform the maneuvers more quickly and effectively, and that day even more
that we wanted to have dinner. The departure time from Cherbourg port was 03.00, that
I wanted to say that we would only have a few hours of rest before we started preparing the
undocking maneuver at 01.00. It was at night we all worked with the fronts, we were
free of the dock and we had to be attentive because we had to defend the ship since
We passed through a lock, but we left perfectly.

Once we left the port it was 04.00 we all met on the bridge with the captain
we started the navigation guards, I got the guard of 4-8, at the beginning of the
guard there were laughs even some dances, as the guard went on people talked
less and each time we were more tired. The guard seemed endless, every minute seemed
One hour, but among all the members of that guard, we took it forward. Once the
guard, people went to sleep without breakfast a very strange fact but the desire to sleep
They were older than those to eat, we slept until the next guard that touched us.

In the next guard, everything was different, people were in a very good mood and time was passing
flying, we listened to music and at the same time we were attentive to VHF in case they called us.
Every hour we were filling in the logbook and some went down to check machines
that everything was correct. Before passing the guard to other members of the crew the
Captain took all the speed and inertia from the Galleon and told us that we could throw ourselves into the water.
It took us a while to jump into the water from the top of the galleon but the current was so strong that
We barely had the energy to jump again.

It touched the guard at 4 o’clock in the morning, it was very cold and apart from that it was raining and there was a fog that
did not allow us to see more than 100 meters from our ship, so the first officer sent us
Tajamar to watch and observe the lights of the other ships since they from the bridge did not see
nothing.

Besides, we were leaving the Traffic Separation Device and it involved the
presence of many merchant ships, we spent a few hours watching the tajamar until the
fog cleared and we got on the bridge. Just arriving on the bridge called us Ocean Traffic
to identify a ship that did not come out in the AIS but on the radar, it did come out. They were
calling for a long time but the boat did not identify or answer. We slept a couple
of hours and they woke us up since we had to start climbing the yard of the biggest, ratchet and
mizzen. By going faster than expected we were able to throw ourselves back into the sea, while we were
waiting for the pilot’s boarding At the entrance to the port of Sables d’Olonne there were many
People and boats that followed our wake seemed like a party our arrival.

Every time there is less to reach Spain, we already want to arrive.