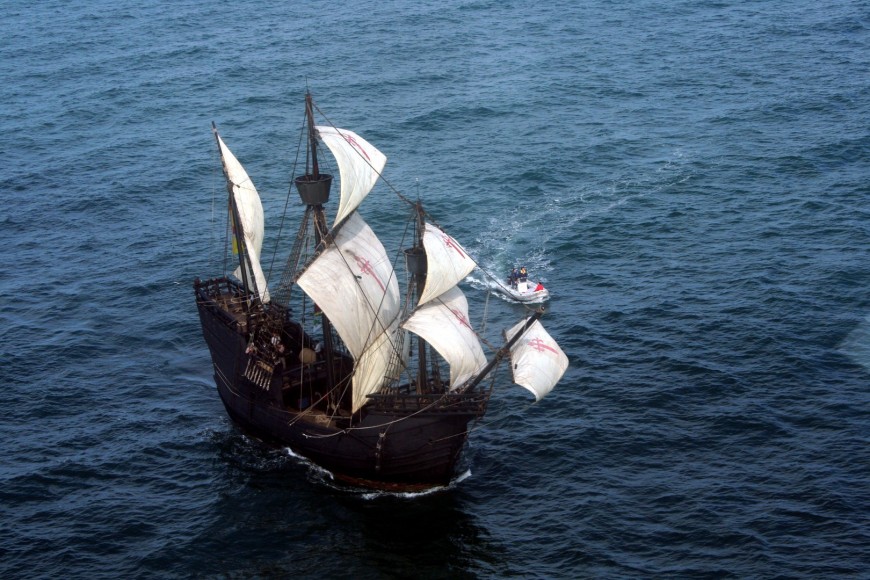 Eivissa next stop into the Baleares ´s tour

La Nao Victoria, the only replica of the Spanish ship that made the first round the world, will make a stopover in Eivissa on the tour that is being made by several ports in the Balearic Islands, among others, to
commemorate the V Centennial of the First World Tour (2019-2022). Next week it will dock at the city’s port, where it can be visited by the public from April 24 to 28.

La Nao Victoria is on an international tour to commemorate the V Centennial of the First World Tour, by various ports of the Spanish Mediterranean, Italy and France, as ambassador and undisputed symbol of this event. He arrived in the Balearic Islands at the beginning of April, and made a stopover in Palma de Mallorca where he received more than 2,500 visits during his four-day stay, and is currently in the port of Mahón, from where he is scheduled to depart next Monday on the way to Eivissa.

Stay informed of the current status of the Foundation in:
Facebook: @lanaovictoria
IG: @la_nao_victoria
Tw: @NaoFundacion