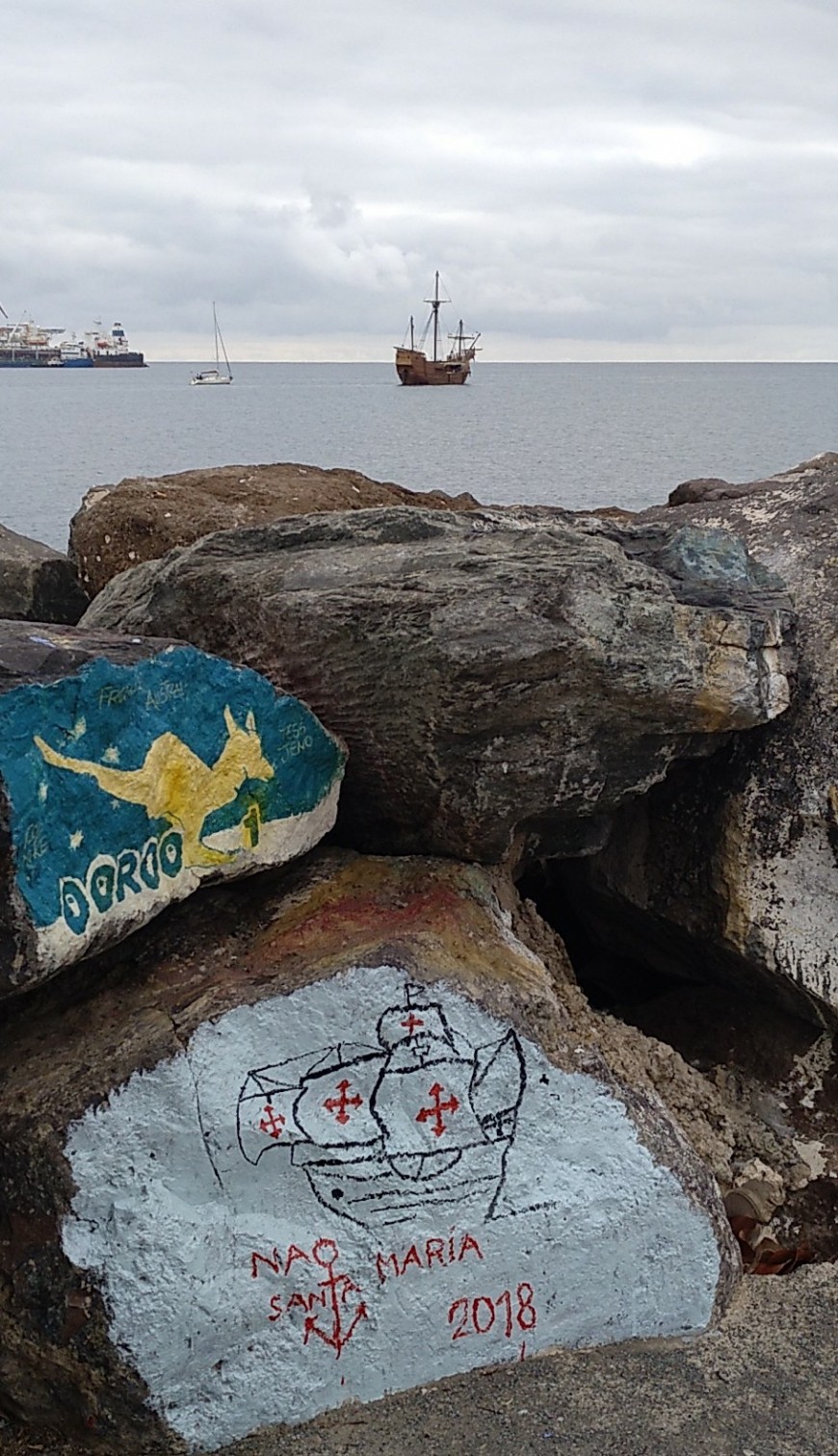 Finally came the day. On Monday, June 18, we left from Las Palmas de Gran Canaria heading … ¿Málaga? At our departure we have not yet confirmed the port of arrival. In the time I have been aboard the Nao Santa María, just over two weeks, I realize how unpredictable everything is here.

Nothing is certain, weather conditions can alter any plan. Better not ask too much and pull forward. Thus, without hardly realizing we were already sailing the Atlantic a group of thirteen strangers. The crew had been arriving in Las Palmas a few days before our departure and we had only had time to exchange a few words between us. At the same time it seemed that we had been on board all together much longer, a strange feeling. The trigger that made us aware that we were actually sailing on board the Santa María was the swing that took us from port to starboard. This was moving. There was no other, you had to adapt to the boat, you had to marinate.

Walking on deck was quite an adventure, keeping the balance somewhat complicated. But this was not there, apart from having to adapt to this continuous movement, another difficulty was added, the hardest still. La Nao requires maintenance work and we carry it out during the journey: painting the hanging rod on a harness, sanding the bow castle, teak wood, etc. What seemed impossible at first became something that we integrated into our routines on board without being aware of it. We went from trying to stay on our feet to getting into the hell without too many complications. In a first meeting with the entire crew, the captain distributed us in groups to make the guards.

Each guard had two rounds of four hours each day. My group played from 12.00 to 16.00 and from 00.00 to 04.00. This last guard was the best, the Nao was silent and dark and the conversations between our guard became closer. Maybe it was because at that moment we were more aware than ever that we were tiny spots in the middle of a huge ocean. The union is strength and together we were bigger. In one of those guards José Luis, a retired head of machines and fellow of these night guards handed me one of his headphones, sounded Purple Rain.

So the days went by, and the excitement of the first moments was giving way to boredom, oppression or monotony, time was dilated. Around us there was only sea and
Clouds, sometimes we visited the dolphins and rarely a whale. It was difficult to know what to do with the free time we had between guard and guard. Read? The ship moves and Concentrating was complicated, doing sports? The boat moves and keeping the balance was hard. Sleep? Yes, this swing has something positive, it rocks you in such a way that you stay fried without realizing it.

But this apparent monotony was transformed again into the initial adrenaline rush to
As we were approaching the Strait of Gibraltar. The Moroccan fishermen who They worked around us, they came to see us up close, they greeted us. Them It was surprising to see Nao Santa María sailing through its waters. This reminded us that We were on board a special ship. Night came, on one side Africa on the other Europe, Purple Rain sounded again, we were close to our destination that turned out to be Fuengirola and
Not Malaga as it seemed on our way out. Here nothing is predictable.